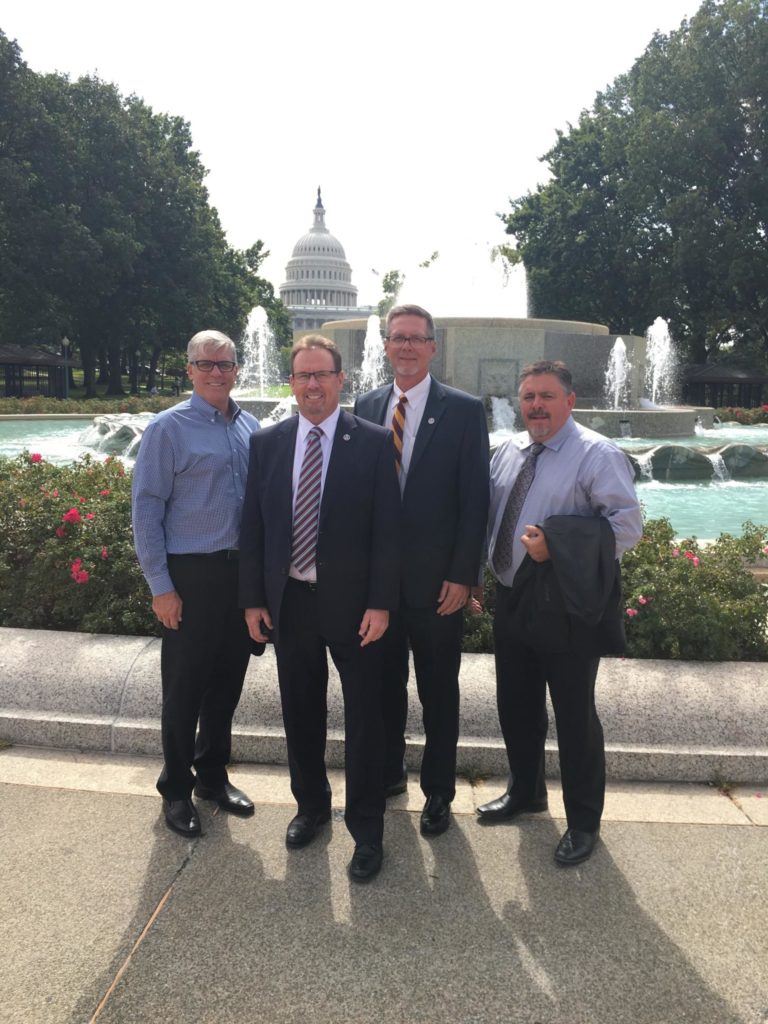 Doug DeClusin, CEO and Owner of Sunland Asphalt, recently spent time in Washington D.C.  with the Arizona Chapter of the Associated General Contractors of America, Inc. (AZAGC). Associated General Contractors of America, Inc. (AGC) is the longest-standing national trade and construction association in the United States and the Arizona Chapter has been influencing the industry since 1934.

One of the primary focuses of AZAGC is advocating for its industry, members and communities through political campaigns. Past proposals to state delegates throughout the years have ranged from industry regulation, to job initiatives, to safety. AZAGC remains politically active to protect the interests of the industry.

A past Chairman of the local Arizona Chapter of AGC, Doug DeClusin was a key contributor to discussions about the status of infrastructure in the United States, funding for projects and protection of industry processes. The four specific issues that were discussed this year with the delegates from Arizona government were as follows: 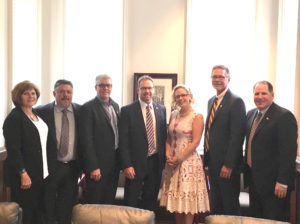 Senator Jeff Flake, Representative Martha McSally, Representative Kyrsten Sinema and Senator John McCain were among those who met with Doug and the other members of AZAGC this year. The agenda and discussion were well received by the delegates and AZAGC is optimistic that the items discussed will move forward in a way that is healthy for their members and the industry.

In addition to the meetings on Capitol Hill, members of the Arizona Chapter attended the national AGC convention. AZAGC has brought several important items to the attention of the national AGC organization, including the development of Interstate 11, connecting Las Vegas and Phoenix, increasing statewide funding for infrastructure projects, passing a long-term transportation bill, supporting Governor Ducey’s proposal to fun the Department of Public Safety, and so much more.

Although this visit was focused on the future of AZAGC, the industry and its members, there were several networking opportunities as well, including a dinner and awards ceremony at the Smithsonian Air and Space Museum, both of which Doug attended.

Involvement and opportunities to represent our industry, like our membership with AZAGC, are reasons among many that Sunland stands out from its competition. Understanding and shaping the legislation we operate under is an important part of our responsibility as a company in this industry.  Thank you Doug and AZAGC for taking the time to make sure we are heard and taken care of on Capitol Hill!