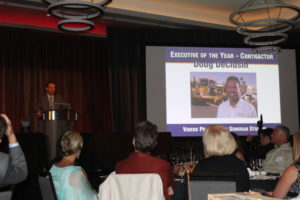 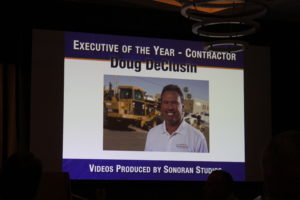 On Thursday, April 26, 2018 the Construction Financial Management Association (CFMA) held their Annual Executive of the Year Banquet at the Mountain Shadows Resort in Scottsdale, Arizona. Every year, the CFMA recognizes exceptional leaders in the construction industry.  Although many were nominated, Sunland’s Chief Executive Officer, Doug DeClusin was awarded the Executive of the Year General Contractor Award. Sunland was also recognized for being a Platinum Sponsor.

In an interview, Doug thanked his Sunland family. “This is an award for Sunland Asphalt, and everything that we’ve done as a team. We have the best people in the business.  I really appreciate all the efforts that they give.” Doug’s advice was to “find the right people, let them do their jobs, give them all the tools they need to do their jobs and then just turn them loose.” 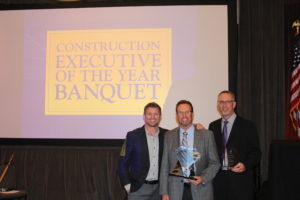 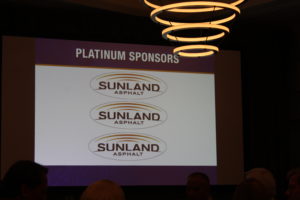 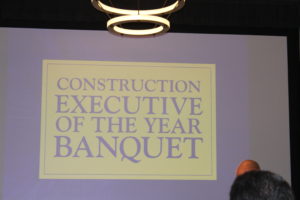 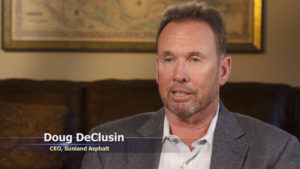