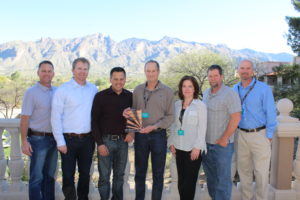 Why did this project receive a Partnering Excellence Award?