In lieu of holiday gifts to our most valued customers this year, Sunland’s Colorado team has decided to make a charitable donation of $3,500 to Brent’s Place in Aurora, Colorado.

The Brent Eley Foundation was created in 1997 by Donn and Linda Eley as a tribute to their son, Brent, who was thirteen when he was diagnosed in 1987 with rhabdomyosarcoma. Sadly, following a brave year-long fight, Brent passed away and the Eley family spent the next nine years raising funds in support of pediatric cancer programs in his honor.  In 1998, shortly after the foundation was established, the first Brent’s Place facility opened its doors with five apartments in the Denver area.

Brent’s Place is a long-term home away from home for children and their families with life threatening illnesses while they receive treatment at local hospitals. Brent’s Place has an independent living concept that allows immune-compromised patients to have a space where they recover after receiving lifesaving treatment. All apartments are maintained to minimize exposure to bacteria, dirt, dust and other airborne toxins that could potentially affect children and their families with weakened immune systems.  In 2009, Brent’s Place opened a new state-of-the-art facility with 18 units in Aurora, near the Children’s Hospital Colorado and Anschutz Medical Campus. In 2017, Brent’s Place opened a second building bringing the total number of units for families in Aurora to 44.  In addition to safe and clean housing, Brent’s Place offers unique programs to facilitate the healing process such as homemade meals, arts and craft activities, yoga, music lessons, movie nights, game nights, birthday celebrations, family outings as well as various counseling services.  For more information, visit www.brentsplace.org. 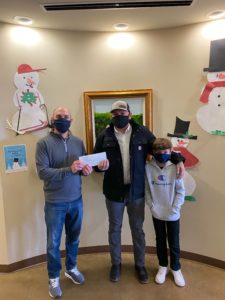